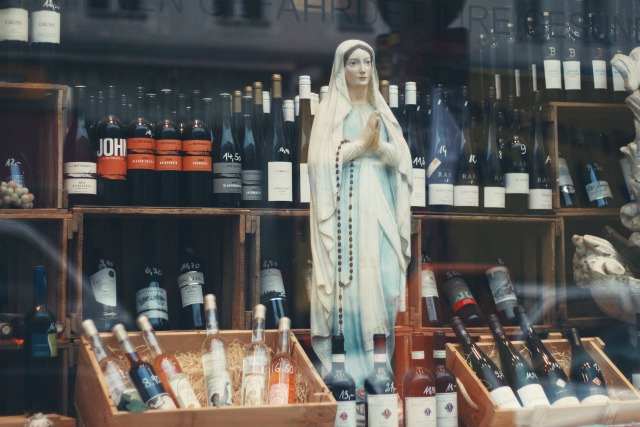 Live the full life of the mind, exhilarated by new ideas, intoxicated by the romance of the unusual. – Ernest Hemingway

This Hemingway quote came up in one of my social media feeds (read to the end to learn the quote’s origin).

Most of the time, I roll my eyes at quotes and memes shared by old acquaintances on social media.

But this time it was Hemingway. And it sounded cool. So I wrote it down in my Moleskine

This quote resonated with me for three reasons.

A big chunk of my work life today is usual. Nothing extraordinary, usually. Just another day at the office, over and over again.

Life in the suburbs can feel that way too — not to undermine how lucky and fortunate I consider myself.

However, living the ordinary life of a nine-to-five worker with a family in the suburbs can feel bland compared to my previous lifestyle.

That uneasy feeling of ordinary is, in part, what led me to pursue a creative project in 2013 in hopes it would become something lucrative. To seek adventure without leaving my home office.

To work for enjoyment, not just for the paycheck.

It’s what led me to start RBD.

Everyone behaves badly given the chance

Stable employment is comfortable. The longer you’re in that comfort zone, the less inclined you are to pursue creative opportunities.

I spent 14 years with the same employer. The company enabled me to go from being broke and living with my parents to wealthy. Not ridiculous wealth, but relative wealth compared to most humans on earth.

At the same time, the job may have held back my career potential. The work was steady, and pay was good, but opportunities for career advancement were scarce.

Had I been open to leaving my employer earlier, perhaps I’d have identified better opportunities. But I chose comfort instead. Safety.

More than a decade ago, I almost left my IT career to become a financial adviser. But after a $22,000 raise, I decided it was wiser to stay in IT.

I took that raise and bought a condo, a decision that haunts me to this day. Becoming a homeowner inadvertently locked me into my career.

Instead of taking a career risk that might have been more fulfilling, I chose the path of least resistance to financial independence.

But a comfortable full-time job can be like a death spiral.

That’s one way to look at it.

Another way is to embrace the full-time job as a stable foundation from which you can build something more significant and meaningful.

Enter the side hustle. Mrs. RBD continued to work part-time after our first child was born. In exchange, she received a modest but predictable salary.

That income lasted about a year until her employer decided they couldn’t justify keeping her on board.

Having that second income was comforting. When it was gone, I began to feel the weight of responsibility as a freshly minted sole breadwinner.

Losing the second income and feeling discontent about my career led me to start an online business.

Inspired by the success of a friend who started a health-related blog, the idea of Retire Before Dad came to be. Three months after my wife’s income ceased, RBD was born.

Starting a blog or online business is not easy. Overnight successes are rare. But if you enjoy it, provide value to others, and follow the tricks of the trade, success is possible.

At the onset of this, I had no idea WTF I was doing. But here I am today, a legit writer and online entrepreneur.

I remained anonymous for almost four years, afraid that my employer would find out and view my desire to retire early as unfavorable.

What I realized over time is they never really cared about my family or me. They may have said so and acted as though they did.

But employers, almost 100% of them, and nearly everyone you encounter up the ladder is worried about themselves — as they should be.

Personal responsibility is essential. That’s why I build sustainable income streams and invest for passive income for financial security, instead of only hoping that my job remains secure.

Because I’ve seen too many HR departments produce beautiful pamphlets about industry-leading benefits and competitive salaries, only to regretfully inform employees of their last day when the client shit hits the corporate fan.

Gradually, I stopped worrying about my employer discovering my writing because when push comes to shove, we all need something to fall back on if our employer (or their clients) pull the rug out, even if that seems unlikely today.

When times are bad, we must fend for ourselves. Relying on others to fix our problems is a recipe for disappointment.

The day you lose your job, you can either get in the line at the unemployment office or be determined to make that day the most pivotal in your life.

But man is not made for defeat. A man can be destroyed but not defeated.

Every day above earth is a good day

I went to the library to track down the source of the Hemingway quote from the top of this post to try to extract some deeper meaning from it. Live the full life of the mind, exhilarated by new ideas, intoxicated by the romance of the unusual.

The quote is from a short story called Banal Story, that’s just two pages long. I needed some cheat notes to understand it fully.

It turns out it’s a parody piece in which Hemingway mocks the pretentious tone of a now-defunct intellectual journal called The Forum.

He didn’t set out to inspire anybody. Just some words in a short story that he probably thought no one would read. Somehow it ended up in my Facebook feed, and now, here on my blog.

Postscript: This post was originally published in September 2017. A month later, I lost my job. Being prepared to become unemployed empowered me to grow my online business and take my time finding the ideal full-time job, where I continue to work today. Though I’m less cynical about employers since my current one is so much better than my old one, the following remains true: no one cares more about your financial security more than you. Take steps today to ensure you have a safety net if your job disappears tomorrow. As a biproduct, you’ll inch closer to the day you can choose to leave a full-time job for other pursuits. Thanks for reading.
Photo by Alina Sofia on Unsplash