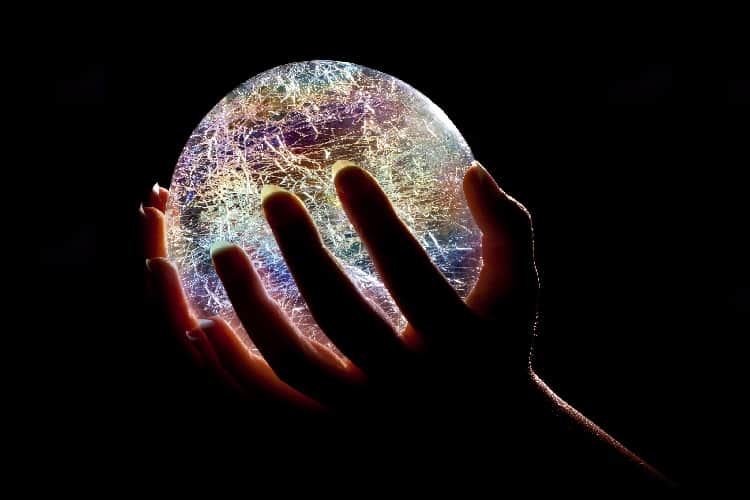 You care about money.

I know you care more about financial freedom than material possessions because you’re here instead of Instagram.

Starting this month, and for the next ten years, you have an extraordinary opportunity. You can become wealthy.

In fact, you’re destined to become wealthy if you maintain a solid financial foundation and do the things you know will lead to prosperity.

There’s no secret to growing wealth. It’s about learning what to do and executing the necessary actions.

A decade is enough time to fulfill your long-term financial goals and cope with assured uncertainty along the way.

I was broke and living my parents at the end of 2002, The only assets to my name were two dividend stocks (CVX, KO) worth about $1,500, and a few mutual funds in a retirement account leftover from my first job.

By August 2004, I was back on my feet, earning a decent salary, and starting to save and invest for my future. That’s when I began tracking my net worth, a monthly habit that continues today.

I used a basic spreadsheet for the first 10+ years, then switched to an automated net worth tracking tool.

You might remember the 2000’s. The decade started with a massive stock market bubble that popped in early 2000.

Then, terrorists attacked our economic center in New York City and our nation’s military headquarters, destroying thousands of lives and hundreds of billions in assets.

Nobody trusted stocks anymore, so the money flowed into real estate properties. Home prices soared (ridiculously) but eventually crashed in an epic real estate and financial crisis, which triggered the second recession of the decade.

The entire real estate industry came to a halt. The mortgage markets failed, and the government had to step in to try to prevent a full-on meltdown.

It sucked, especially for those of us who bought homes in the middle of it. I spent two years paying off my second mortgage to make up for the mistake.

But at least I could keep my job. Many didn’t.

The real estate crisis led to several bank failures and corporate bankruptcies. The stock market started to crumble again in 2008, then fell in a cataclysmic crash, bottoming on March 9th, 2009.

Investors lost all confidence in the U.S. public stock markets for the second time in less than ten years.

Optimism was wholly absent from the stock and housing markets at the beginning of the last decade.

Life was difficult for a lot of people. Unemployment, foreclosures, short sales, and difficulty qualifying for a new mortgage were among the financial problems troubling Americans.

Those who were already vulnerable experienced severe economic hardship.

Real estate prices continued downward. Underwater homeowners were trapped — they couldn’t afford to stay in or sell their homes.

Anyone who invested in stocks during the dot-com learned a painful lesson. But when the market crashed again in 2008-2009, some investors swore off stocks for good (fool me twice, shame on me).

In a crisis, be aware of the danger – but recognize the opportunity. — John F. Kennedy

Nearly every talking head on CNBC said to sell, sit tight, and find other assets classes.

In hindsight, 2010 was the perfect time to buy stocks — in the nascent days of a 10+ year economic expansion.

My wife and I married in 2010. We combined assets, income, and living expenses to accelerate our family wealth creation. Marriage and cohabitation are powerful financial maneuvers.

We moved to the suburbs and became landlords.

Our two incomes aggressively fed into our savings and retirement accounts until mid-2013. At that point, we became a one-income family.

Feeling the pressure to make up for the loss of Mrs. RBD’s income, I started my side business.

The market played a significant role in the growth of our wealth over the decade. But I positioned myself to benefit from that growth back in 1998 when I graduated college. That’s when I began contributing to employer-sponsored accounts, saving more than I spent, and investing excess cash into stocks.

We’re not filthy rich, and certainly not considered wealthy based on our income or assets in the city we call home. But relatively speaking, we’re in the top 0.50% of the wealthiest people on the planet, according to the Global Rich List.

Had I continued working instead of traveling the world, or simply spent less on beer and invested the savings during my 20’s, who knows how much more financially wealthy our family would be.

But then I wouldn’t be the person I am today.

You Will Become Wealthy this Decade

Readers write to me with their stories all the time. You all have a strong desire to build wealth and financial security.

No one has ever written to declare a goal of owning a Tesla. Very few of you, I suspect, want more diamond jewelry to accompany your designer handbag.

What brought you to this website is not your wish for opulent wealth. It’s your craving for independence.

Many of you are wealthier than me. Some of you are already on the right path to obtaining sustainable lifelong wealth.

Yet others still need to get their finances in order. There’s time to get on the right path and become wealthy this decade.

Here’s what you need:

If you have these low-risk items in check, your chances of becoming wealthy increase dramatically.

Of course, there are other ways to become wealthy. Real estate and entrepreneurship are reliable paths to extraordinary wealth. But I’m guessing most of you are not overly aspirational (like me).

It’s a point where financial security meets gratification — when your standard of living cannot be compromised, no matter how deep the next stock market crash or recession.

Something incredibly shitty and unpredictable will happen this decade. Possibly multiple terrible events. Trillions of dollars will be collectively lost.

At some point, we all will lose a lot of money. No government entity, politician, or corporation will be able to save us in the short-term.

The point at which we feel the most beaten down and susceptible (like 2010) is where the opportunity will hide. Prepare to capitalize by having cash ready to deploy. At a minimum, stay the course, and don’t sell in a panic.

Markets will rise over long periods as they always have, though, it’s never a straight shot. The stock and real estate markets will continue to drive your wealth upward.

You will earn a lot of money this decade. How much of that you keep will be a primary indicator of your propensity to become wealthy. You have a choice with every dollar earned.

Eat the doughnut or save and invest.

Choose wisely, but don’t forget to enjoy the ride.

In 10 years, you’ll have long forgotten about my prediction. But I think you’ll remember the choices and sacrifices you made to reach financial independence.

Between now and 2030, remember that your ability to earn combined with the compounding growth of invested money is a formidable wealth-building force.

Your assets will fluctuate, that is the only guarantee. But your likelihood of building sustainable wealth increases with every dollar you earn and invest instead of spend.

By 2030, I’ll have three teenagers in my house, soon on their way to college.

If we can double our net worth by 2030, a 100% increase compared to 669% last decade, we’ll have more than enough money to retire securely, even accounting for inflation.

Just in time for my retirement goal, age 55, which seems more achievable every time I run the numbers. Hopefully, it’s attainable sooner.

Photo via DepositPhotos used under license
The author is long CVX, KO

Credible* - Refinancing makes sense if you can lower your mortgage payment amount by a significnt amount. Credible makes it painless.