Two men from very different places in my life passed away in recent years. Both died almost instantaneously and without any forewarning. Both died in the presence of their peers.

One died in retirement. The other died while still working.

Loss of a Coworker

One morning I learned that an hour before I arrived at work, a colleague collapsed in his cubicle and an ambulance came to rush him to the hospital. By the time he made it to the emergency room, it was clear he would never be normal again due to severe brain damage. He remained on life support briefly to preserve his organs for donation. Our office was devastated.
A few weeks later, a casual remembrance was held in his honor. Those who spoke talked about the pleasure it was to work with him, and his heroic efforts to donate his organs. But no one knew him outside of work. The remembrance was only about his work life. None of the speakers talked about who he was at home, or what he was like as a younger man.

I interacted with him on a number of occasions. He seemed smart, professional and competent. But I didn’t know the man himself either, I only knew him as an employee of our organization.

I was most upset about when and where his life came to an end. He died a working man in his cubicle.

The Loss of a Family Friend

Another man I knew died in a similar fashion, but in a very different place. On a bright sunny day, partway through a round of golf, he collapsed on the golf course. This very likable guy was the heart of his golf group, always organizing rounds and counting pars and bogies to settle bets at the end of each 18 holes.

Friends in his foursome tried to revive him and an ambulance came very quickly, but his body did not respond.

As the urgency of the EMTs declined, the realization set in among his pals that he wasn’t going to make it. A good friend died that day on the golf tee of a beautiful course, on a lovely day, suddenly and with little suffering.

The group gathered around the back of the ambulance to watch their friend be carried off the course by the EMTs. They spoke of the enjoyable times they had, and of the good man that he was. Someone may have even made a lighthearted joke about his golf swing to help deal with the pain through humor.

Then after a pause of silence, one of the most senior hackers turned to another and said, “That’s the way I want to go”.

Frame a Realistic Vision of Retirement

Events like these two deaths have influenced my view of retirement. I didn’t have retired grandparents with perfectly grayed hair like we see in financial planning pamphlets, living happily in spacious homes in Florida or Arizona, playing shuffleboard and doing water aerobics. 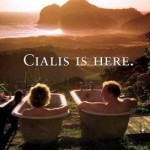 I never saw real retirees aside from a few members at my childhood swim club. But then my Dad stopped working and my retirement goal came into view.

Sometimes those financial services pamphlets and Cialis-esque commercials that show extremely happy and financially secure couples make me a retirement cynic. Spouses die. People in their 60’s and 70’s haven’t saved enough and still work, or go bankrupt, or get divorced later in life, or have debilitating health issues.

Retirement is not about being a good looking gray-haired, tan, white shirt wearing, sexually active couple, sailing into the sunset drinking wine while flirtatiously reminiscing about the previous night’s foreplay in parallel outdoor free-standing claw-foot bathtubs.

Not for most of us. The desired retirement lifestyle for most people is about having enough income to simply continue the lives they already live, except to not have to work to support themselves, and to have more time to focus on whatever hobby, sport, family activity, or travel schedule makes them happy. That’s all we really want, isn’t it?

The Biggest Risk to Retirement

We all spend a lot of time thinking about risks to our retirement. What if we can’t afford healthcare? What if stocks fall or cut their dividends? What if my taxes increase? What if my kids aren’t independent enough to move out of the house? What if my elderly parents need continued support just when I want to retire?  But those concerns are meaningless if we die.

Death is the biggest risk to retirement. Harsh but true. Lots of us seeking financial independence naturally pay close attention to our health because we realize that without it, retirement planning is futile. Our health is our biggest asset, not our house.

The two men mentioned above were not people I knew well. But the last moments of their lives have had a profound impact on the way I see my future.

The senior hacker who uttered his admiration of how his friend passed away had seen a lot of sorrow in his days. In his eighties, he experienced a lifetime of losses, certainly enough to formulate an opinion on how he wants to pass on to the next life.

As a dad with young kids, I haven’t lived nearly long enough to contemplate such a thought.

There is something admirable to the way the golfer went, on a nice day on the golf course with his buddies. Many years into his retirement.

My coworker surely had a plan to retire, and was probably getting close to his target date. I presume his death made the rest of my office mates step back and consider what they’re doing every day, and wonder if work is what it’s all about. Nobody wants to work up until the day it all ends, on Tuesday morning on the 5th floor of the office building.

The longer we’re alive, the more likely it is we’ll die. So the earlier we stop working full-time, the more time we’ll have to enjoy doing exactly what we want to do in retirement. That’s something I try to keep in mind every day.