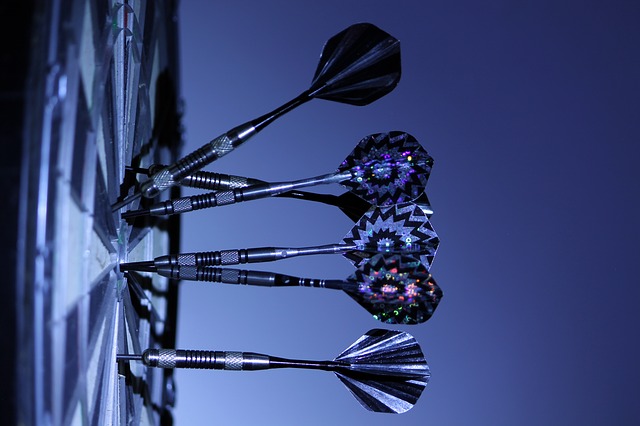 Two recent articles got me thinking about personal wealth. The first is by the popular early retirement blogger Joe from Retire By 40 called When Will You Feel Rich? The second is from The Guardian called Scraping by on six figures? Tech workers feel poor in Silicon Valley’s wealth bubble.

The articles are quite different. But both address the premise that wealth is relative.

A big chunk of our family’s net worth is invested in stocks, index funds, and ETFs. The U.S. stock markets have recently reached new all-time highs. As such, our net worth has climbed considerably in the past five months.

Our family’s net worth is higher now than it has ever been… Yeah! In the last five months alone, our net worth (aka naked selfie) has increased more than $100,000. Below is a five-month chart of our net worth taken from my Personal Capital account (it’s free to open your own): 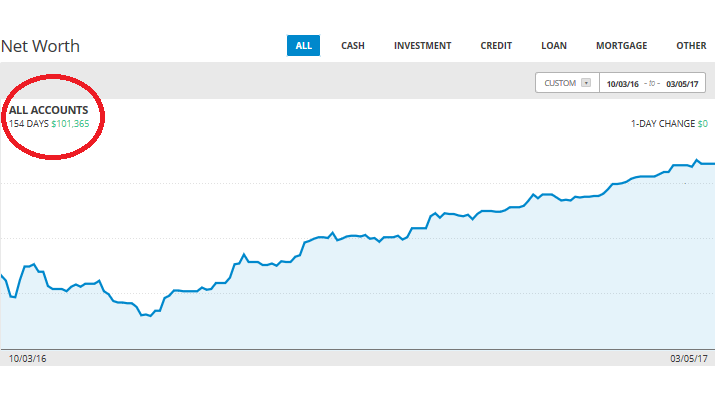 We’re currently in this happy upward trend that makes everyone a good stock picker. When my 23-year-old co-workers are bragging about successful trades they made on the Robin Hood app, trouble is lurking.

Bull markets make me feel more vulnerable even though it’s fun to watch the numbers go up. Down is inevitable. When and by how much are unknowable.

Another reason I don’t feel wealthy is cash flow.

I’ve written a few times about our lack of cash flow last year and the various ways we’ve changed shit up to about improve our situation.

First, we refinanced our mortgage using LendingTree to find better rates. Then we eliminated car payments from our life (forever) using brute cash force. My side businesses helped us accomplish that.

But we still pay for pre-school tuition for two kids, college savings for three, housing costs in an expensive metro region, and groceries for five on one income.

We’ve chosen this lifestyle and we like it. But a suburban lifestyle is not conducive to feeling wealthy, especially when someone around the corner is always showing off their material possessions.

The Two Times I Felt Wealthy

Joe’s article asks what would make you feel rich if you don’t feel rich already. The question made me think about the two times I actually felt wealthy since I don’t today.

The first time was traveling in my 20’s. I had a relatively big bank account that was funding my travels in very poor countries where I was perceived as wealthy because of the origin of my passport and the color of my skin.

I felt rich because even though I was staying in crappy guest houses for less than $5 per night, I was living the life I wanted without the restrictions of time, money, or responsibility. Living on $15-20 per day with $10,000 in the bank, I had the freedom to travel for a few years.

Peak wealth hit me in Argentina in 2002 just a few months after the country defaulted on their public debt and its currency collapsed. For a few weeks, I ate the best all-you-can-eat buffets (tenedor libre) of my life for $2 per meal and never paid more than $0.50 for a beer.

I had few responsibilities. My main concerns were minor, like waking up for a tour with a hangover or finding a half-way clean bathroom after eating street food.

After traveling, I was broke and it took time to get my life back in order.

Not until many years later did I feel wealthy again when Mrs. RBD moved into my one bedroom condo and we married.

For more than a year, we were both working, our housing costs were cheap, and we had no debts. During that time, we were able to save $5000-$6000 per month after maxing out our 401ks and having active social lives.

That money eventually went toward buying a house in the suburbs. Then our housing costs rose substantially and soon after, Mrs. RBD stopped working to care for our children.

We haven’t felt wealthy since.

Ironically, our net worth is three to four times higher today than it was before we moved.

Maybe We Should Move To Feel Rich

After the kids go to sleep, Mrs. RBD and I talk about two things: the kids and money.

Actually, she talks about the kids and I talk about money. Our conversations go something like this:

Me: Hey, I’m gonna invest some money in this real estate platform called Fundrise. It’s a really innovative way to invest. What do you think?

Mrs. RBD: The baby had three of those rabbit-turd looking poops today. The fourth one was mushier. I wiped like seven bums today.

Me: Because we have some extra cash this month. Is she eating enough fruit?

Mrs. RBD: What if we just moved somewhere cheaper?

The conversation always comes back to moving to a lower cost of living area to achieve financial independence sooner.

The other day I read that article in the Guardian. We think D.C. is bad. But San Francisco is awful.

The article is about a “Twitter employee in his early 40s who earns a base salary of $160,000.” which is a “pretty bad” income for raising a family in San Francisco.

San Francisco is a place where $3,000 is considered “ultra-cheap” to rent a two-bedroom house. The article points to a rent affordability index that’s rather disheartening, especially for Bay Area residents. But D.C. isn’t far behind as the fourth least affordable U.S. city (and this article ranks D.C. as #1).

The obvious solutions for that Twitter guy are to earn more, spend less, or move somewhere cheaper. Sounds so simple but it’s not.

We like the D.C. area, but I wonder if we’ll ever feel wealthy here? Why not move to lower our cost of living?

What Will Make Me Feel Wealthy Again?

Looking back at the only times I’ve felt rich in my life, wealth boils down to some combination of these three things for me.

We’ll need a low cost of living to feel wealthy. This would strengthen cash flow, but also work well if we choose to live entirely off savings by utilizing the 4% withdrawal method. Moving is one option to achieve this. Paying off our mortgage is another.

Freedom and Lack of Responsibilities

Freedom is about doing what I want when I want to. That’s not my life today. My responsibilities are sky-high while raising young kids. When I’m not chasing kids, I’m holding down a full-time job and building side gigs for income and benefits.

We own a house and rental property, both with mortgages. Two cars. Kids in pre-school for the next three to four years etc.

These responsibilities aren’t going away anytime soon. And I don’t want them to! Raising kids with Mrs. RBD is the best thing ever.

But feeling wealthy again will take some time and planning.

With three kids age five and under, our lives are kind of a blur right now. It’s hard to stop and appreciate the wealth we’ve built thus far. I consider building our net worth my life’s work.

But if a higher net worth isn’t the key to feeling wealthy, perhaps my targeting is off.

Do you feel wealthy today? What will get you there?