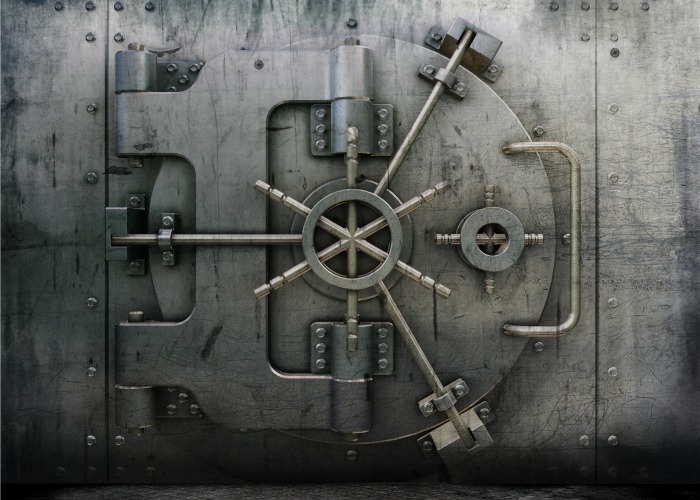 A few months back, I had a conversation with a woman from a well-known advocacy organization for retirees and the elderly. One part of the organization’s mission is to promote financial security among its membership base.

However, the organization seemed to be targeting a younger audience, where I met the representative. So I asked her about it.

She said yes, they were trying to spread the word about building financial security to adults of all ages, not just retirees and the elderly.

The reason? By the time most people reach age 50, their financial situation is nowhere near as healthy as it should be.

They can better serve their future members by connecting with them years earlier.

50 is too often the point in people’s lives when they say, oh shit, I need to get serious about saving for retirement because it’s coming fast.

They’ve spent the past twenty years raising families and focusing on careers, but neglected saving for retirement when it has the greatest impact.

That’s a shame because when you start saving and investing at an earlier age, money has longer to grow and compound into a significant nest egg.

But this isn’t a ‘you shoulda started saving earlier’ article. If you’re over 50, that doesn’t help you.

If you’re under 30, you’re either not reading this or rolling your eyes because you’ve heard this one before too.

This isn’t a ‘you need to start investing every penny for retirement right outta college’ article either.

We Were Never Great at This

According to a government study, nearly half of American households headed by people age 55 and up have zero saved in retirement accounts. ZERO.

That statistic sucks. But that half of America is not you and me.

We know what we’re supposed to do because we read about it on the internet and in books. We’re earning as much as we can, spending less than we make, saving, investing in tax-advantaged accounts, and building income streams.

If you’re not doing those things yet, you’re probably here because you’re ready to begin.

We’re a rare breed, those of us who read and write about money on the internet. Collectively, we may seem like a strong force out there. But we’re not.

Our message is drowned out by celebrity antics, clever memes, sporting events, and political drama.

All the noise distracts people from the little bit of work it takes every month to ensure financial security down the road.

Work hard and earn, keep spending under control, and invest the surplus into profitable long-term investments.

Put just one penny into a retirement account, and you’re ahead of 50% of Americans.

Why is that so hard for people?

I remember a conversation I had with an old friend over beers one Saturday night, pre-partying in my still-single days. We talked about how much time we spent in high school playing sports and learning curriculum that has no use in our adult lives.

Then we talked about all the day-to-day skills that we actually use that we never learned in school.

What if there had been a required class in high school called Life Skills. The class would have had lessons on changing a flat tire, giving a proper toast, good listening, being empathetic to others, and proven methods of finding true happiness.

The most glaring omission from our childhood education was an instruction course on the fundamentals of personal finance.

The closest class I took was 11th-grade economics, but that was more of a business 101 class.

I know that since we were young, some school districts have added personal finance to the curriculum, and organizations such as Junior Achievement, BSA, and GSA supplement the learning process.

But we missed out. Our parents’ generations missed out even more, and look at what they’ve done to themselves and our nation’s balance sheet!

Even for those who never learned about money in school, and whose parents weren’t the best examples, the knowledge that explains how to build financial security and wellness in your life is available for free online and at the local library.

But a majority of people remain clueless.

There was a time when high minimum account balances and fees made it prohibitive for most people to be served by financial institutions.

Those are no longer obstacles. Accounts can be opened easily online in minutes, many institutions have no minimums and charge no fees, and most people are eligible for some kind of tax-advantaged account.

But there’s widespread lack of confidence in getting started, and, it seems, little desire by the masses to learn how to manage and grow money.

Financial Security for Everyone…

RBD is a small website. If I’m lucky, a few thousand people will read this article this summer.

A handful (or more) haven’t begun yet, but are here to learn how to get started.

Admittedly, I started this blog for personal benefit. I wanted to create an online business. I’m still, in part, motivated by personal financial gain to write words on the internet.

But one thing I didn’t envision when I started my blog, was that it amplifies my voice all around the world. Even if it’s just a few thousand readers, that’s more than I could speak to if I shouted from a megaphone at lunchtime in Dupont Circle.

If I can reach a few thousand people every time I write something, and I write every week, plus all of my previous articles are out there for the world to stumble upon, and alongside all the other money bloggers out there, we’re actually making a difference, helping people create financial security to improve their lives.

One person at a time.

For many years, I thought that after retiring, I’d set off to travel the world six months out of each year.

Then I met Mrs. RBD, we started a family, and my ideal retirement started to change.

When I think about what I’ll do in retirement when I’m not traveling, I think of exercise, sleeping in, reading, and being more social.

But one of the most exciting thoughts about my eventual retirement is that I’ll have more time to write and spread this message about the benefits of better money management to anyone that will listen.

I believe that financial security is a personal responsibility, but best created over time as one leg of a family relay race. For those with a basic education, reasonable job security, the desire to be financially secure, and enough time on their hands,  it’s certainly possible on their own.

However, some of us are born with significant advantages over others, aka the ovarian lottery, making financial security easier for people like me, a white male, college-educated (paid-for by my parents), who grew up in a healthy and financially secure household.

Though there are plenty of people with the same advantages who live paycheck to paycheck and don’t have a dime in their retirement accounts, so there are no guarantees.

Many demographic characteristics are more advantageous than others. Financial security is not just for white tech-bros.

But for many others, financial security is a higher mountain peak to climb

To help lift the disadvantaged, society needs to acknowledge that not everyone is born and raised equally, and many fall behind. The responsibility falls on governments to legislate in ways that offer a flotation device while the beneficiary learns to swim on their own, providing more comprehensive support to those with permanent needs.

Talk of universal basic income is an interesting concept in the news over the past few years. It seems politically unrealistic (like nearly every single other idea), and our country is probably too large for it to work fairly. But maybe it could work for states or smaller countries.

Even with some kind of basic support system in place, real financial security is only realized when’s there’s enough income or wealth. That’s why those of us in-the-know think about building those two things every day, no matter our age.

Photo via DepositPhotos used under license.