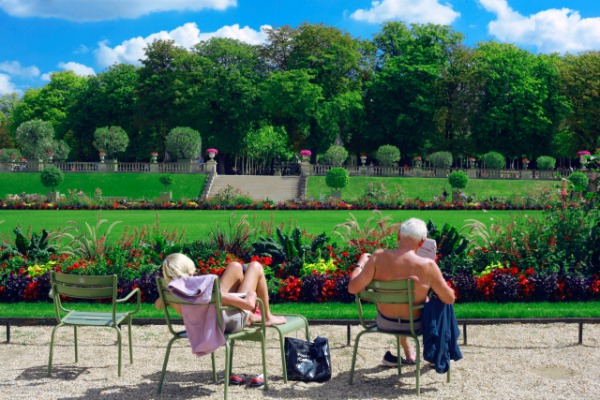 College graduation season will be here in no time. Graduates and their families will celebrate at an uplifting commencement ceremony, complete with speeches by inspirational alumni, business leaders and political figures, followed by a triumphant dinner at Applebees.

Business Insider and other Twitter feeds will surely remind us that Steve Jobs gave a cool commencement speech at Stanford once.

Commencement means beginning, as in beginning life’s journey into the real world after a thorough education. It’s a time for dreaming big. If you’re a parent or relative of a new grad, make sure to remind them of that.

Remind them the path is any way they choose, and not necessarily the one that is expected of them.

Then remind yourself that any day can be a commencement. You can change your priorities and goals in an instant if you are unhappy.

Pessimism in the Media

Unfortunately during this time of the year, we need to brace ourselves for the media to shit on aspirations with their annual ominous declaration; that today’s college graduates are destined to work later into their lives than their parents. The reasons are familiar:

Here’s an article from 2013 about a study done by Nerd Wallet, stating that most of today’s graduates should expect to work until their mid-70’s, mainly due to student loans. In fact, they suggest that most will work 12 years longer than today’s average retirement age. Here’s a quote from Nerd Wallet:

Currently, the average retirement age is 61. But for most of today’s college grads, the realistic retirement age will be closer to their mid-70s. Given an average life expectancy of 84, this will leave only 10-12 years for people to spend in retirement. The main reason for this is that although the median college graduate leaves with a seemingly manageable $23,300 debt load, 7% of a student’s earnings go toward yearly loan payments of $2,858 for the first ten years of his or her career. This prevents any meaningful contributions toward retirement.

So they’re saying, for a 22-year-old graduating this May, it will take them 50 years to retire because they have $23,300 in student loans?

Sure, they use a lot of data to back up their statements, but a big fault is they assume it will take young workers ten years to pay off $23,300 in debt, which is an unlikelihood.

That’s a minimum payment of $238 per month for ten years*, as if they can’t find any more money to put into their 401k’s over that time. The article offers some meager suggestions at the end to avoid the fate of a 50-year career, such as investing in 401k’s and index funds. But the article doesn’t say much about hustling more or spending less.

Then the US News piece ends on this quote for the middle-aged among us:

I would say that somebody 45 today is going to retire later than their parents just because of the decreased prevalence of pensions, the uncertain future of social security, longer life spans, the higher cost of health care, and anemic rates of retirement savings… This is not something that’s confined to millennials by any means.

Here’s a similar study in the U.K. by insurance firm LV=, picked up by The Mirror and other financial websites. This study suggests new workers will retire seven years later than their grandparents. And 23% of today’s new workers will continue in the workforce well into their 70’s. They mostly blame the decline in pensions.

Today I’m writing to remind you that the assertion that you’ll work longer than previous generations, no matter what age you are today, is preposterous. You will not work longer than your parents and grandparents, as long as you set a goal to retire before them. This especially applies to recent grads, but anyone who sets their mind to it can stop working on their own terms, not the media’s.

* The study uses a standard loan repayment plan of ten years and average yearly loan repayment of $2,858. From this information I calculate they are using a 4.2% annual interest rate on the student loans.

You Won’t Work Longer than your Parents

My goal to retire before my Dad is not going to be easy. But I’m not going to submit to statistics and claims that say I’m more likely to work longer than him because the numbers are challenging.

So I’m briefly going to debunk some of these common assertions that will supposedly keep us all working into our 70’s.

Yes, the cost of college is a burden. I was lucky that my parents covered my tuition and it gave me a real advantage headed into the real world. Not to mention it allowed me to travel in my 20’s.

According to this article, again from US News, 69 percent of college grads left school with an average of $28,400 in loans. I interpret that to mean 31 percent of students graduated with zero debt. So that’s a positive they didn’t mention. If you google debt pay down stories, read financial blogs, or listen to Dave Ramsey’s radio show, you know what can be done about debt if one puts their mind and budget to it. As long as graduates don’t run out and buy expensive cars and clothes (which young people often do), debt can be erased fairly quickly with the right mentality and work ethic.

I consider debt to be the least of all financial concerns because there are bigger fish to fry when it comes to long term wealth building. On the other hand, I like the way early retirement guru Mr. Money Mustache talks about debt in this interview:

If you have credit card debt, you should feel like your hair is on fire.

Due to varying interest rates, credit card debt and student loan debt are vastly different animals. But paying off each type of loan works the same way; you must first choose to pay them off, then follow through aggressively.

This is not a financial burden at all. It’s awesome we’re more likely to live longer! The way I see it, living longer provides more time for my assets and dividend portfolio to compound, growing my passive income faster than the rate of inflation. That’s one of the beauties of a dividend growth investment strategy.

As of February 2015, national US unemployment stood at 5.5%. I don’t know what you learned at school, but I was taught in economics class that 6% was full employment. So it’s not that terrible anymore, though it really depends on where you live, what city, state etc. According to this recent graphic from Business Insider, unemployment is 2.7% in Nebraska, and 7.1 in Nevada. 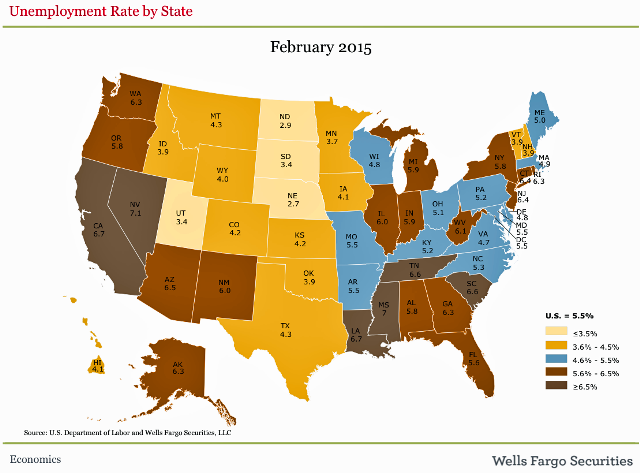 What we definitely know, is that those with a college degree are much less impacted by unemployment than workers without a degree. And they earn higher salaries, giving them a bigger shovel to pay off those loans.

Older Workers Are Still Broke And Not Retiring

This is true to some extent, though some are retiring and returning to the workforce in new ways. Others, like some of my coworkers, need to keep working or simply still enjoy it. Plenty of older workers can’t find work due to age discrimination and retire out of necessity.

The best thing young people can do is ask these workers what retirement planning mistakes they made, and don’t repeat them. There’s a whole generation of retirement savings mistakes that we can all learn from. Undoubtedly, the biggest regret is not starting to save early enough.

Today, with all the free information available to us on the internet, there’s no excuse. If you haven’t started investing for your retirement yet, the time to start is now. Enroll in your company’s 401k. Open an IRA or Roth IRA. Financial companies will beg you for your business.

Pensions Aren’t There To Help Anymore

I say GOOD. If a worker is “lucky” enough to have a pension, they’ll have money taken out of their paychecks and put into the hands of bureaucrats to invest it in a way that keeps the pension fund healthy. Then, many years later, at a retirement date that the bureaucrats set, the worker gets an annuity payment after a bunch of fees are taken out.

I sure don’t want bureaucrats investing my money or choosing my retirement date. I’ll take a 401k over a pension any day.

As for Social Security, it serves a different purpose. While not perfect, it provides a very basic minimum amount for the elderly, many of whom were not able to save. It’s more of a safety net. Again, I’d rather save and invest my own money, but I’m not everybody. Without Social Security, there would be widespread poverty. Minor changes in the laws will fix the insolvency fears.

You can add health care costs to the list of perceived retirement speed bumps. They’ve been rising for decades and it likely won’t stop. Every year, insurance rates rise too. But health insurance premiums are a fairly reasonable cost for families and individuals. And now the government is helping some people to pay for it.

Even with a catastrophic health event, costs to a family will remain under control with basic insurance. People without insurance are at the biggest risk for large expenses. So don’t be a person without health insurance.

Or what about saving for your kids’ college education expenses? Yes, super expensive. So expensive that it’s the biggest risk to reaching my retirement goal. But it’s not a parenting requirement, as saving for retirement always takes precedence. If a parent does choose to pay for college, there’s 18 years to get it done, so that helps.

Perhaps the biggest hindrance to retirement savings is laziness and not giving a shit until it’s too late. Some people simply don’t pay attention and time passes them by while retirement age sneaks up on them. These people are at risk for working into their 70’s, much later than their parents. Don’t be one of them.