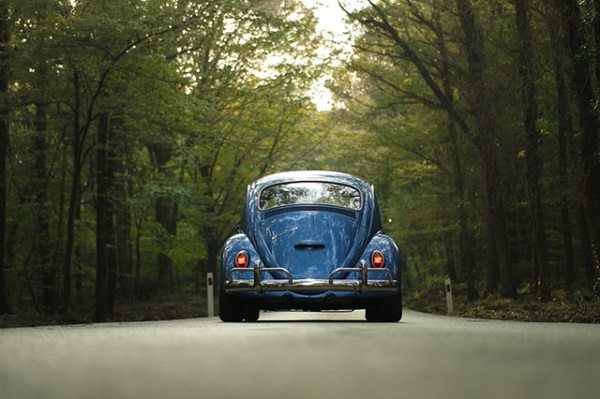 Long before I had my driver’s license, my Dad instilled an important financial concept into my head that I still abide by today. A car is nothing more than a tool to get from point A to point B. A car isn’t meant for prestige or to help score babes, although they’re often marketed that way.

Cars transport us to places particularly well, especially in the suburbs. He also firmly believed that the family car should be washed by its youngest drivers without being asked to.

His views on cars are some of his many memorable life lessons that I still instinctively follow, like pay off your credit card each month, and don’t pee into the wind. He drove a white Dodge Omni during my childhood, then a red Pontiac Sunbird (“the sports car”) which became the first car I ever drove.

Both crapped out around 70,000 miles and he hasn’t bought an American car since (nor have I). You won’t find any car companies in my stock portfolio.

It Could Have Been A Brilliant Career

After my 14 month backpacking trip, I lived at my parent’s house in need of a job. My used Mazda sat in their driveway while I was gone. I should have sold it before the trip because it was worthless when I returned.

A traveler friend was coming to visit and we were planning to drive cross-country and into Canada. My bank account was empty. I spent my last two dollars on a plate of 7-11 nachos. But I needed a car.

Instead of buying a beater, I wanted a new car. Why? Because even though I was broke, I had the long-term in mind. I wanted minimal operating expenses over the life of the car, and I needed something reliable for the road trip. The used Mazda always stressed me out because things frequently went wrong with it.

A Consumer Reports magazine pointed me to the least expensive, highest quality car I could afford; the Toyota Echo. The no-frills base model would cost me right around $12,000 with enough haggling.

Down the street at my local dealership, I told the novice car salesperson my story – just traveled, going on a road trip before finding a real job, needed a base model Echo because it’s highly rated and reliable. They had one such car in stock, a silver, 4-door, automatic transmission; last year’s model. He said they needed to sell it fast (as usual).

Having spent the past year bargaining hard for every purchase I made while traveling, I was eager to play the game. After a test drive, a manager came to the table and offered the car at $254 per month. He put out his hand to shake on the deal.

“Yeah, but how’d you get to that number?” I asked.

“Oh, well we just put all the numbers into a formula and this is the payment,” he said.

Handing over my printed amortization table, I responded, “Yes, I know the formula. What are the input numbers?”

I walked out of the dealership.

They called back the next day. I went back two or three more times, each visit asking for a lower price. They’d bend a little, then I’d walk out. Since I was dealing with a newer salesman, he didn’t know how to close a deal yet. They kept giving me more discounts so I kept asking!

Late one evening I was back and ready to close the deal. The main sales guy and two senior managers sat me down. It had been a long day. It was a Saturday, their finance guy had quit mid-day, and the managers were picking up the slack. I had been a pain in the ass for about a week now.

“Listen, we’re losing money on this car. I know you don’t believe that. But the longer it sits here, the more it costs us on the lot.”

He explained a little about how car dealerships operate, how they borrow for inventory, and spaces on the lot cost them money. This cheap little base model Echo wasn’t a high margin vehicle in first place, so it was overdue to be sold.

“What’s it going to take to get you into this car,” one manager finally said.

I gave them my best number, a couple hundred dollars lower. This was my mudflaps.

My Dad once told me that when negotiating for a car, ask them to throw in the mudflaps as your last tactic. They cost less than $200, and they’ll always say yes on it. I don’t even know if cars still have mudflaps, but I wanted that last $200 off.

The sales managers all knew my story; traveled overseas, now broke, unemployed and living with my parents. I bargained firmly and I knew the numbers and “the formula” backward and forward. Then the manager said something that nearly altered the course of my entire life.

“We want you to work for us. Can you start tomorrow?”

Contrary to a lot of personal finance advice, I think it’s okay to buy a brand new car, even if you’re young and broke. The key is to buy a base model that is inexpensive, cheap to operate and covers only your minimum needs. Don’t pay up for leather, Bluetooth, chrome wheels, 4WD, power windows or anything else. Pay cash if you can. Then keep it for ten years.

The absolute bottom models do the job just fine, and are many thousands of dollars cheaper than the upgraded trims, especially when cars get bigger.

Watch enough football commercials on TV and you’ll start to believe that a car or truck is an American entitlement. Everyone must have a brand new car to live the dream. You’ve earned it. Buy a vehicle and it becomes a representation of a better you. Spare no monthly payment. Impress your friends etc.

On the other hand, read enough personal finance blogs and you’ll believe that a brand new car will crush your financial dreams the moment you drive it out of the dealership. New cars are the death of early retirement. Instead, buy the cheapest beater you can find.

Wear the 200k + mile odometer reading like a badge of honor. Better yet, move somewhere you can walk everywhere. This will improve your life and help the environment too.

All forms of media tend to think in black and white. Everything is either this or that, there’s no in between. Extremes are what attract viewership. You gotta pick one or the other and fight for what you believe in. Right?

By thinking that way, the middle ground is often forgotten. In my view, it’s okay to buy a nice used car, or an inexpensive new car that fits your lifestyle and budget. If you make the right decision buying a car, you can drive the thing for the next ten years worry-free. Buy unwisely and your budget is shot.

The Echo lasted me nine solid years. Gas mileage was excellent. It needed zero major repairs in that time.

My payment was just $221 with low interest, but I paid off the loan three years early once I started working again. It gave me seven years of payment-free driving.

With 109,000 miles, I put it up for sale a few years ago. The Toyota Echo had been discontinued, but a fan base remained. It sold for $4,200. We used the proceeds to up-size into a crossover to accommodate parenting in the suburbs.

Below are some basic numbers that show buying this new car wasn’t so bad after all.

Gas and maintenance were about as cheap as they come for any car. I never worried about anything going wrong with the Echo. I kept up the basic oil changes every 5,000 miles, replaced brakes, wheel bearings, tires, a few belts and that was it.

Today I’m driving our base model Honda Civic. Mrs. RBD bought it brand new in 2004. It’s a lot like the Echo in that it’s always been reliable and there’s nothing fancy inside. It gets me from point A to point B. With less than 100,000 miles, we’ll be putting it on the market soon and expect the resale value to be stronger than the Echo.

With the arrival of our new baby daughter, we’ve become a family of five, meaning it’s time to up-size again. Keeping the long-term in mind, we’re probably getting a minivan.

About five years ago Mrs. RBD and I were living in a one bedroom apartment in walking distance to the metro train, buses, a couple grocery stores, restaurants, lots of parks and bike trails. We could commute to work using the public services, and we could skip over the store to pick up whatever was for dinner.

But we wanted kids, a yard, a driveway, sidewalks and a community pool. The moment we bought a house with those things, we became more dependent on cars. The minivan became an inevitability.

We can still walk places, like our friends houses, a park, the pool and the library. But life is different, though we’re quite happy with the decision.

I don’t love the fact that we’re getting a minivan, but the suburban lifestyle is the one we signed up for. A minivan is the most practical car for the next ten years, so that’s what we’re getting. Although this time we are considering a used one.

So I’m not against buying a used car. In fact, many times it is smarter for a lot of people. Just don’t feel guilty buying a brand new car, especially if you are a good budgeter, planner and spreadsheet enthusiast. If you do buy new, buy smart. Don’t load up on bonus features.

Buy the minimum car to suit your long-term needs. Buy for functionality, buy only highly rated cars, and don’t buy for looks, extreme convenience (i.e. 18 cup-holders) or to impress anyone. That’s not what a car is for.

I didn’t take the Toyota dealership job. My friend was coming to visit and we had a two month cross-country road trip ahead of us. Still in battle mode, I think I insulted one of the sales guys for the tactics they used and said that was the reason I wouldn’t work for them.