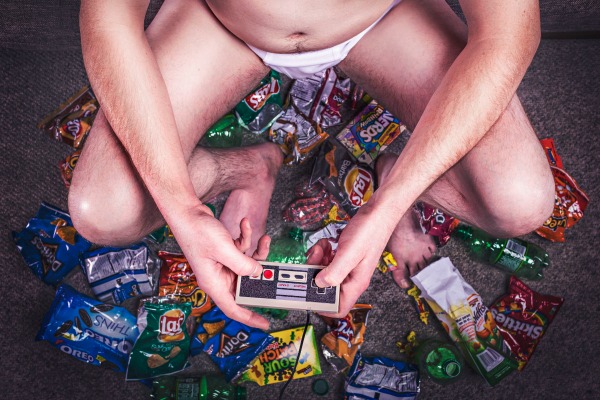 I moved in with my parents when I was 27.

The football wallpaper in my bedroom was gone and the bed was bigger. But it was still the room I slept in for the first 18 years of my life.

While most of my friends were married and starting high-salary jobs after years of graduate education, I was broke, unemployed, and single in a humdrum job market.

My options were few. That’s the way it felt, at least.

I had just traveled in Asia and Latin America for 14 months, then drove a brand new car 8,000 miles around the US and Canada for three months with a vegetarian friend I met in Thailand.

Traveling in my 20’s was epic and I was a better person for it.

But traveling wiped out my cash and hurt my career.

I moved in with my parents because I was strapped for cash and needed a stinkin’ job.

When my trip came up in conversation with friends and family soon after I returned home, everyone asked the same two questions.

That first question was complex. I had just traveled to 20-some countries and probably saw a dozen UN World Heritage Sites. I met interesting people from all over the globe every day.

None of them wanted to talk about my hometown sports teams.

I explored river caves, ancient ruins, the best cities in the world, and small towns barely on the map. I swam with pink river dolphins, rode on 22-hour bus rides, made shady currency deals, and was robbed at machete point.

It was an eventful year. But pick one favorite place to visit?

After babbling through that answer so many times, I realized nobody really cared what I said. They were only interested in the next question.

What are you going to do next?

You’d think after a year-and-a-half of interesting conversations and endless journaling I’d have had that figured out — all that free time to come up with my next big idea.

I didn’t. I avoided thinking about what was next.

My plan was to move in with my parents to find a job in my hometown, which wasn’t really a plan. 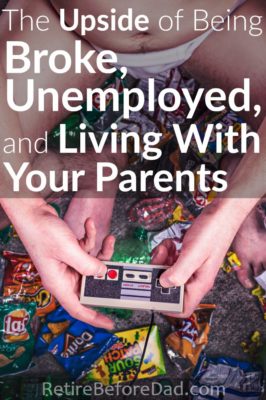 My resume now had a two-year gap. The job market was still sour from the events of 2001. I was overqualified for poorly paying positions that I couldn’t land.

Interviewing sucked and my suit was too baggy.

The pre-travel work experience I had was OK. But my three years of IT consulting in D.C. was often irrelevant and not all that impressive to employers in my hometown.

Dinner conversation is difficult when you’re unemployed and living with your parents.

Mom: How was your day?

Me: Not very good.

Mom: Did you find a job?

Mom: Any prospects? I’m sure something is out there.

Me: Not today. That one recruiter never called back. I turned down that telemarketing gig.

Dad: You can’t be too picky.

Me: Yeah, well the hour-long drive doesn’t seem worth it. Can you pass the broccoli?

Mom: Are you sure you don’t want any chicken?

Dad: You’re not getting enough protein.

For the record, my parents were extremely accommodating during this period. I’ve always had the luxury of premium-grade family support.

The privilege of good parents was, in part, is why I went home. It was the low-cost path to get back on my feet.

Cheap was my primary language at this point.

The 18-month travel high was over and I was struggling to enter the daily grind of a full-time job and career.

Today, ironically, I’m working my way back out.

The stint at my parent’s house lasted about eight months. I passed the time hanging out with old friends and made some cash doing temp work.

Short-term spreadsheet and data entry temp jobs were fairly easy to come by. One telemarketing gig was the worst job I ever had and the only job I’ve ever quit.

I earned $8-$14 an hour doing temp work and kept my expenses low. My only fixed costs were a $221 car payment and a steady bar tab.

Job searching is exhausting. A recruiter would call one day with what seemed like the perfect job. So I’d rush to updated my resume, and they’d vanish and never call again.

Or I’d come across a posting that fit my background and spend a few hours crafting the perfect cover letter. Then the company wouldn’t get back to me and I’d find out later that 500 applicants applied.

One employer did reach out to me the first week my resume was posted online. The small company had a position opening in the Washington D.C. area. I lived there after college and would consider moving back since I was trying to search with an open mind.

But the job description was unclear and the hiring company was wishy-washy. I’d hear from them for a couple days, then not again for months.

The company’s customer needed a very specific software skill listed on the bottom of my resume. The competency was so rare that no one in the immediate D.C. area had the skill.

Not that it was anything super-specialized. Nobody had the skill because so few organizations needed the software.

The customer was unreliable too. Turns out, multiple approvals and funding requests needed to settle before they could bring me on. The wait was frustrating, but the software was so uncommon that it made the job seem real and legitimate. The job took seven months to materialize.

After months of uncertainty and bad temp gigs, the call finally came through. The company offered me $19,000 above my pre-travel salary to move to D.C. and become a technology specialist.

The offer was bittersweet because it meant leaving my hometown again. This time probably for good.

Eight months of spending time with old friends, watching the same old sports teams at the same old bars made me realize that if I stayed, I was done exploring.

Even though I knew D.C., moving for the job was a big leap. Most of my friends there had left. I moved to a completely new neighborhood in a house with two guys I barely knew. But it led to a whole new group of friends. It was a fresh start.

I was 28 now. Still broke. Still single. But not for long.

Dropping the unemployed and living with my parents gave me life. Moving was still overwhelming, but in hindsight, it opened up massive opportunities.

D.C. is far more connected to the world than my hometown. This allowed me to volunteer with organizations with ties to places I visited, helping to keep the backpacker mentality in me alive.

My new friends included former Peace Corp. volunteers and others with similar overseas experiences. D.C. was a better fit.

The Path of Least Resistance to Financial Independence

To my amazement, I remained employed by that same guy that who called me back in the Fall of 2002 for 14 years. His company nearly collapsed after the dot-com bust. But it wasn’t dead. I became his second employee and recruited an old colleague to be the third. We grew to nearly 50 employees at its peak.

Despite my loyalty, the company has always been a mediocre employer. As the company grew from nothing, the owner never invested enough into the company or his employees.

Benefits are average or below.

Almost everyone is replaceable. But I’ve convinced my boss that I am not. And because of this, I’ve asked for received compensation beyond my worth in the open employment market. For this reason, I consider my job to be the path of least resistance (NSFW) to financial independence, for now. As a one-income family of five, the sub-par benefits have finally become motivation to look elsewhere.

Here is the Moral of the Story

When I moved home with my parents, opportunities were everywhere. I just wasn’t looking in the right places.

I had more opportunities the day I moved in with my parents than just about any other day in my life. Free roof, free food, reliable internet, car, friends, family, a paid-for education, and I lived in a country made of opportunity.

It was the perfect time to take big risks. I could have started a business, worked for startups, or worked multiple side-hustles to find my way into a career path that excited me.

My time was unlimited. Expenses were minuscule. Nobody relied on me for anything. I was completely free to do whatever I wanted, even with a lack of funds.

But I chose what I perceived to be the easy path, to find a boring job and settle into a typical career path.

Not having a plan was my fault. Maybe I lacked ambition or knowledge. But being relatively young with my life in front of me was a golden opportunity.

Young people have a way of feeling suppressed or lacking opportunities because they’re young. But it’s the complete opposite. Youth is unrestricted freedom and opportunity. It doesn’t fall into your lap. You have to go get it. All too often, people age before they realize it.

Everything turned out well for me. I’m not living with my parents anymore. I met the perfect woman. We married, started a family, and we’re building wealth together. We’re on the path to an early retirement when we’ll explore the world again.

The two-year gap is still proudly displayed on my resume. No mention of travel or spreadsheet temp work. Just “Non-working period”. No one reads that far down anymore.

*Advertising Disclosure: RBD partners with Credible which offers rate comparisons on many loan products, including mortgage refinances and student loans. This content is not provided by Credible or any of the Providers on the Credible website. Any opinions, analyses, reviews or recommendations expressed here are those of the author’s alone, and have not been reviewed, approved or otherwise endorsed by Credible. RBD is compensated for customer leads. Credible Operations, Inc., NMLS Number 1681276, not available in all states.