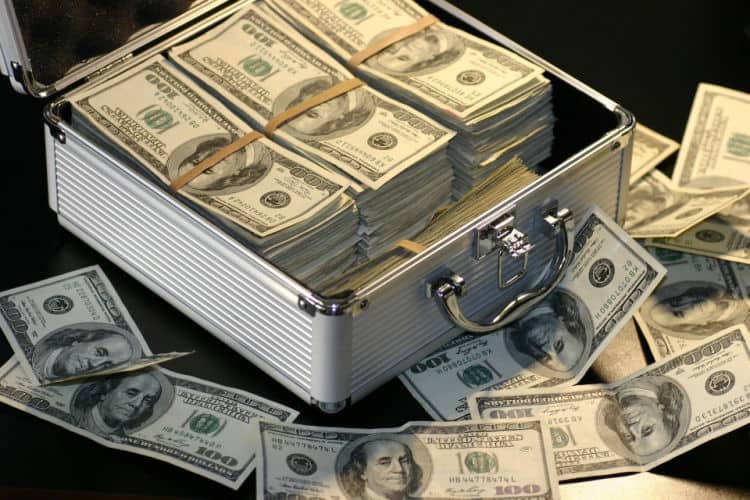 A few years ago, somebody asked how much money is enough for me to retire.

I used a back of the napkin estimation based on the financial independence number and answered.

At the time, I thought the number would be more than enough to live comfortably for the rest of our lives, fund our three children’s college educations, and still travel in retirement.

But sometime in Q4 2019, our family’s net worth (minus home equity) surpassed the number, and since then, we’ve left it in the dust thanks to the Covid-19 dip and recovery rally.

According to the 2015 RBD, I could stop working my full-time job today.

Yet here I am, with no immediate plans to leave my career.

As my wealth has grown, I’ve found that net worth alone is an imperfect indicator of enough.

It’s hard to determine how much money is enough if you haven’t defined your objective.

Enough varies based on many factors, including your life stage, financial needs, and desired outcomes.

How much money is enough to:

Figuring out precisely what you want is essential, so you’re pursuing the right outcome.

The ideal outcome is not always clear.

My goal since 2003 is to retire and never work again at age 55, so I can travel six months out of the year.

I was 27, single, and living with my parents when I set that goal.

Eighteen years later, my reality has changed. Kids, future college costs, new interests, and a greater sense of purpose have changed how I think about a traditional retirement.

Working at the same corporate job for the next ten years and retiring at age 55 to travel may not be the optimal route.

I’m now looking at hybrid models, where I potentially “retire” from my lifelong career to pursue more exciting work.

Early career retirement is more achievable if you have an alternate plan to earn.

Instead of continuing a moderately satisfying career, I may determine I have enough to change my profession to something more energizing.

But enough money may not be the bottom-right cell value of a complicated spreadsheet.

So How Much Money is Enough?

Wealth is relative — no doubt about that.

By conservative measures, my family’s net worth places us in the top 10% of the wealthy families in the U.S. and 1% worldwide. Yet, we don’t feel wealthy living in the Washington D.C. metro region.

CNBC looked at data from a 2019 Charles Schwab survey and compiled the following list about what level of net worth it would take to be considered wealthy.

Here are the results:

The survey asked people of all levels of wealth, and that’s the average. Half of the GenXers think it takes more than $2.5 million to be considered wealthy, and I tend to agree.

But just because someone hits a particular net worth level doesn’t mean it’s enough.

My favorite retirement calculator to determine how much money is enough to retire is New Retirement. It digs into the nitty-gritty and challenges aspiring retirees to consider difficult scenarios.

I demonstrated how this simulator works in a post about whether I can retire at age 55.

The answer was yes, I’m on track.

But calculators are field guides, not treasure maps. Retirement planning doesn’t end when you find “X” marking the spot.

Why Net Worth is an Imperfect Measure of Enough

But it’s flawed when trying to determine enough because it doesn’t measure liquidity, income, or personal circumstances.

And it doesn’t measure greed — when there is no enough.

Have you ever heard a billionaire complain about higher taxes because they can’t pay them? Ridiculous, right?

Most billionaires have their money tied up in assets such as businesses, stocks, and real estate.

It takes cash to pay taxes, which means the billionaires would have to liquidate assets (the very things making them super-wealthy).

The rest of us are affected by liquidity, too, among other things that make net worth an imperfect measure of wealth.

The bulk of my assets are in retirement accounts, which are designed to encourage saving but discourage withdrawals before age 59 1/2.

Sure, there are ways to get money out of retirement accounts to cover living expenses before age 59 1/2.

But tapping tax-advantaged funds before retirement age defeats the purpose of retirement accounts. That money is for spending from age ~60 to ~100 (if that’s the goal).

Since retirement money is illiquid but often makes up a large portion of net worth, it’s not an immediate contributor to determining how much money is enough if your age is significantly under 60.

For those under 60, liquid non-retirement assets are a better measurement of how much money is enough.

Homeowners store wealth in their homes.

The wealth stored in your home is mostly useless unless you take out a home equity loan or line of credit.

It doesn’t move the enough needle much at all unless you intend to sell the home and move somewhere cheaper.

A paid-off home is a strong marker of wealth and freedom because no mortgage payment means lower recurring expenses.

According to the Census Bureau‘s The Wealth of Households: 2017 published in August 2020:

So on average, Americans under age 60 could take their net worth and multiply it by 0.38 (= 1.00 – .62) to determine if their liquid net worth is sufficiently enough.

Net worth doesn’t measure income, which is an essential consideration for wealth.

Both active income (salaried and business) and passive income (investment) are important factors when considering how much money is enough – though, income is relative too.

What you keep outweighs what you earn.

Building enough passive income to cover annual expenses is the holy grail because there’s no need to sell assets, and your wealth continues to grow.

Most affluent people are not slowly becoming less wealthy. They are becoming more wealthy.

If the income is more than enough, that leaves enough excess cash flow left over to save and invest, compounding wealth.

A higher net worth indicates the ability to generate income and compound wealth, but not always.

4. Net Worth is Today, Not the Future

Let’s pretend the net worth of a 75-year-old with a $2 million bond portfolio is the same as a 30-something business founder with a $2 million equity stake in an emerging cloud AI blockchain SaaS data analytics startup.

Who will be wealthier in 10 years?

The point is that net worth is a snapshot in time, today. It doesn’t account for the estimated rate of asset growth.

If I were single with no kids, I’d have enough money to leave my career and retire permanently today.

But when I reference net worth, it’s family net worth — what both myself and Mrs. RBD bring to the table.

Healthcare is WAY cheaper on your own.

Time is untethered from others.

College costs are in the rear-view mirror.

On the flip side, my family motivates me to earn and be successful in everything I do. Maybe I wouldn’t be so adept at building wealth if I were still single with no kids.

My situation is a common one, with young kids and college expenses in our future. Once our kids are grown and independent, our living expenses should decrease significantly.

Other families may care for older dependents, making it more challenging ever to reach enough.

Remember the financial independence number and how to calculate it?

The financial independence number, in basic terms, is equal to 25 times your annual expenses.

That’s is a rule of thumb, not a law.

Though several financial advisors and mathematicians have run the math — it’s a fairly reliable model over an ensuing 30-year period.

Save more than 25X, and you can increase living expenses or expand the time horizon.

So it’s enough for many people, especially those who live a frugal lifestyle with little intent to increase spending beyond the rate of inflation.

Not everyone is comfortable declaring they are prepared to keep spending stable indefinitely.

Some people want to travel lavishly.

Others might want to remodel their home, increase their entertainment budget, or end up spending more than anticipated after leaving the workforce.

Still, others may want or need to support family members or worry about unpredictable events.

What the financial independence number doesn’t account for is extreme uncertainty.

This is why people that reach the point of enough often choose to keep earning.

Enough to me is more about regaining control of my time than having enough money to retire.

Now that my wealth has grown past the napkin number from 2015, I feel more financially secure in our situation.

Our net worth is considerably higher than it was when I lost my job in 2017. When that happened, we easily lived for four months with no salary.

With increased financial security, I’m more inclined to believe our family has enough for me to leave my career sooner than age 55 (a possibility I’ve considered before).

If we cut expenses even more or move for a lower cost of living, it could happen sooner.

Quite the contrary, leaving a career can open up exciting opportunities to earn.

Backstopped by significant cash savings (due to my investment property), my passive and business income streams are likely enough to support my family while I blaze a different profession or double-down on my business.

The idea of having more time to focus on entrepreneurship is more appealing than my current day job.

However, I’m still hypnotized by the extraordinary healthcare, benefits, and an addictive paycheck. And grateful after being unemployed for a period.

Having a steady job with a stable company is like sitting in a comfortable office chair — it feels good while you’re sitting there, but a walk outside is more enjoyable.

Full-time entrepreneurship would bring a different kind of stress, but self-employment would give me complete control of my time, something I’ll never have with a full-time career.

How much money is enough for you?
Photo by S K via Pixabay