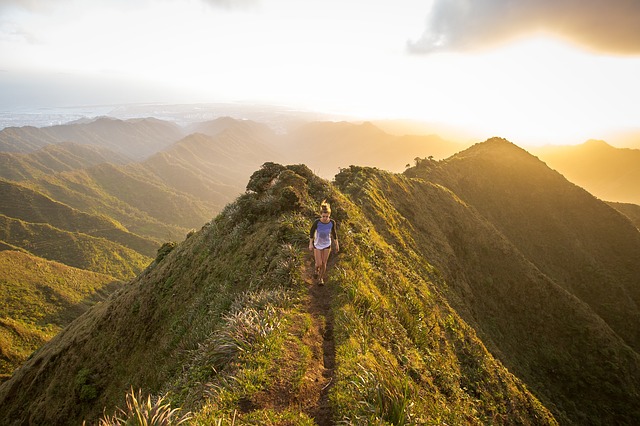 On the day I started my first real job in back 1998, I had little ambition for building a successful career. My primary goal was to earn enough money to quit my job and travel, so I did what was necessary to receive decent raises without taking on much more responsibility.

Close coworker friends held similar attitudes. We were impressed by fellow employees who attained high marks from management without doing much work. Like Big Head from the TV show Silicon Valley.

In the era leading up to Y2K and the dot-com bust, the strong economy, the infancy of the internet, and a government budget surplus led to an abundance of information technology spending.

It was a great time to graduate from college.

Companies over-hired because the money was available and the future demand seemed to be infinite. But there wasn’t always enough work to keep new IT hires busy. Months-long assignments could be completed in days, leaving plenty of time to slack off.

The movie Office Space was released in February 1999 and became the perfect time capsule for this period.

Fresh out of college, the real world just seemed a lot easier than anticipated. Unqualified 23-year-olds like me received job offers they didn’t deserve. My only work experience was a mediocre unpaid internship.

The media attention given to the dot-com millionaires showed young workers that easy money was better than rewarding work.

It was all so ridiculous at the time. In hindsight, entering the labor force at such a moment in history had a detrimental effect on my motivation.

We all know how the story continued in 2000. All that spending on Y2K fixed the problem. Y2K was a non-event.

A handful of dot-com entrepreneurs became millionaires. The rest were charlatans and joined this distinction (NSFW).

The graduating classes of 2000-2002, shortly after I finished college, struggled to find employment. Experienced workers fought to hold onto their jobs. Dot-com chasers crawled back to their former employers begging for their old jobs.

It was a terrible time to graduate from college.

Burned investors were apprehensive about owning stocks after the pop. Their money became the fuel that sent real estate prices to the clouds.

1995-2010 was a tumultuous era for asset prices. The stock market roared. A lot of people became rich, then lost their shirts.

Again, the graduating classes of the time struggled to find employment for years after the bubble burst. The recession was one of the leading causes of the subsequent millennial financial tribulations that we still hear about today.

While my childhood friends earned graduate degrees in their 20’s during the dot-com bust and recession, I learned how to survive in unfamiliar countries on $10 a day.

In terms of building a career and future earning potential, my friends played the right cards.

After traveling, I set a goal in 2002 to retire at age 55. My goal was motivated by wanting travel again in retirement, not by the desire for wealth.

I restarted my career at age 27 with that singular goal in mind. A job was merely a vehicle to earn enough to retire.

Almost a decade later, I was dissatisfied with my career. My salary had increased over the years. I delivered for the customer and drove revenue, but the work wasn’t fulfilling.

I continued working the same job for a few reasons.

First, the pay was good. I had leverage over my employer and was able to negotiate a higher salary than the open market would pay for the same position. I received modest commissions for business growth.

Those two factors led me to believe that I couldn’t find an equally high-paying replacement job, which turned out to be true.

When I finally left and found a new job, I accepted a salary decrease in exchanged for better benefits.

Second, my specialty was narrow. That’s why, in part, I was paid well by my employer. They would have struggled to find a suitable replacement.

Third, and most regrettable, I was under a broadly scoped non-compete agreement that I believed prohibited me from finding a new job in my specific line of work. I later learned that the non-compete was unlikely to be enforced or enforceable. It deterred me from looking for a new job.

The Path of Least Resistance

The above-market income gave me a false sense of achievement. I was enamored by the marquee salary and less concerned with the below average benefits.

It wasn’t hard or rewarding work. I was complacent.

My high salary began to feel like a ceiling, in a good way. In my role, I knew I was earning the most money for the least amount of effort.

Similar to how I felt about work when I started my career.

Thus, I believed my job was the path of least resistance to financial independence, in terms of both earnings and effort.

Consequently, the only purpose of my work was to make as much money for my family as possible and I rejected the idea of job satisfaction.

Not liking my job became the motivation to retire early instead of my desire for freedom and travel.

Distaste for work is an unhealthy reason to pursue early retirement.

The road to retirement is lengthy. It shouldn’t be unpleasant. We’re not on earth long enough to spend extensive time as disgruntled employees.

I spent the better part of 14 years with a negative attitude toward my job. It’s one reason why I started my blog, to find fulfilling work to fill the void that my job could not satisfy.

Becoming a Dad, and later, the sole earner in a one income family, was a wake-up call. Healthcare and three future college educations are significant expenses that will continue to grow and not disappear. It was clear that early retirement was still a long way off.

Gradually, I began to realize that what I considered the path of least resistance was not sustainable. I needed an out.

An opportunity within my company came along, and I took it. The new project was more challenging and exploratory. There was also the prospect of earning more money.

Leaving my cushy position of almost eight years was the first step toward recovery.

But the move came with higher risk. It was a smaller and less established project, and the performance expectations were much higher.

The new position turned out to be a professionally rewarding move despite the project itself becoming a bit of a dud. I worked with highly motivated people and learned new skills.

Less than two years later, the project lost funding, and I lost my job.

Losing my job was a fortunate event. It forced me to finally leave behind an employer with whom I was never happily employed. It was a chance to focus on being a great Dad. And it freed my time to build my side business into a legitimate hustle.

But most of all, temporary unemployment made me appreciate the stability of gainful employment.

Career advice is often conflicting. Follow your passion is a convenient sound bite for young people to hear. But our most passionate interests usually don’t align with our best path to a fruitful career.

Most successful professionals couldn’t have imagined their career path in their teens. Careers are built one step at a time — one better opportunity on top of the next.

Hard work is a good thing. Conquering difficult tasks, effective collaboration, and exceeding expectations are how to achieve success. Personal and professional progress is the path toward a life of happiness.

There’s no magic bullet to overcoming career malaise. For me, it took a series of factors:

These days, I’m eager to go into the office. I look forward to new tasks, team collaboration, and learning new skills. The work is progressively challenging and higher compensation is commensurate.

Elevator jokes are more tolerable now than ever.

My career is still not my passion. But it’s the optimal route toward financial independence.

Photo by StockSnap via Pixabay