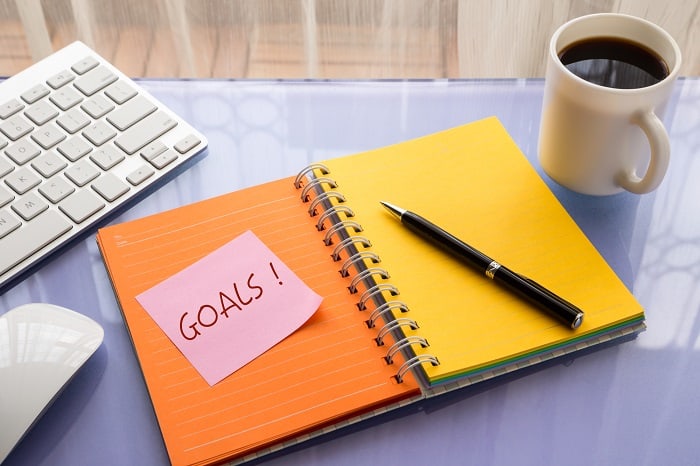 I named this blog based on a goal I set back in 2002, to retire at age 55, one year before the age my Dad retired. The objective drives many of my financial decisions.

It has all the markings of a SMART goal – specific, measurable, achievable, relevant, and time-bound.

But now that I’m older and think more critically about money and family, I’ve started to question whether retirement age is the right goal.

Several factors have led me to rethink the logic, 17 years later.

I’ve always thought of my goal in terms of traditional retirement. That is, to withdraw from active working life. The day my Dad retired was the last day he ever earned money from a job.

You could say he’s my retirement role model. Sometime before I turn 56, I’ll stop working forever too. That’s still the current plan, at least.

But the word retirement can be interpreted in other ways. One can retire from a career, but not stop working for money.

For example, an NFL football star that retires from play but becomes a commentator.

I could declare myself retired from my career at age 55, or any age, really, whether I’m fully prepared to retire or not.

Then keep working on something else that I’m more passionate about to earn a living, even though I wouldn’t need the money since I already “retired” (I say this in jest… if you read a lot of early retirement blogs, this may sound familiar.)

At this stage in my savings journey, I expect to exit full-time work at or before age 55, especially the kind of work that involves a commute or firm weekly time commitment.

But I do enjoy entrepreneurial work when it’s at my own pace and may want to continue that kind of work in semi-retirement, perhaps before age 55, or after. Since I have a business now, this is more likely than it was a decade ago.

Then again, I’m not all that ambitious. When I have enough money, laziness might kick in.

A better retirement goal may be to retire when I’m good and ready, without a specific target.

We’ve committed to paying for four years of in-state undergraduate college tuition for all three of our children.

The year I turn 55, our oldest child will start his freshman year. If I retire in the same year, we must save everything we need to pay for college before then.

That fact alone, makes me question my retirement goal.

If all three kids follow a traditional four-year college path, they won’t be fully graduated until I’m 63, which is about the average retirement age.

Considering the expected cost of a four-year in-state college education for the class of 2037, I’m terrified by the numbers. Working through that year to cash flow education costs makes a lot of sense.

Unless we can sufficiently build our 529 accounts and supplemental income streams well ahead of time, retiring before our kids finish college could put our long-term retirement security at risk.

I’ve aggressively saved for college since each kid received their Social Security card, but it’s still a trek.

When we’re done paying for college seems like a safer retirement goal, considering our substantial financial commitment to education.

The whole point of setting a retirement age goal was to free my time for extended periods of travel.

After 14 months of backpacking the world, I had no idea if or at what age I’d begin and stop reproducing new humans.

My youngest won’t graduate high school until I’m 59. So the idea of traveling for several months of the year before then doesn’t make a lot of sense. Our daughter will need to finish high school and go to college before we can even think about leaving for any extended periods.

Assuming our kids all follow a traditional college path.

We can still take adventurous summer vacations with the family from now until college. But the extensive retirement travel I envisioned when I was 27-years-old will likely have to wait until I’m 60 when we become empty nesters.

Alternative Measures Instead of Retirement Age

If retirement age isn’t the right goal, what is?

Shortly after the dot-com bust in the year 2000, a coworker told me if he ever got back to having $200,000 in retirement savings again, he’d retire.

I don’t know how he came up with that number. It seemed a bit low, and completely out of the blue.

But he lived a simple life outside of work and could have probably made retirement work on that amount.

He lived in a paid-for manufactured three-bedroom home in an over-55 community in Florida. He traveled for work and kept his expenses low. His wife worked.

To my knowledge, he worked at least another decade, well into the great recession. Eventually, he did retire, but I’d guess that he saved well over the $200k goal he declared in the year 2000.

There’s nothing wrong with modifying goals. We should all keep an open mind about the goals we pursue.

Because of all the nuance around the word retirement, the term financial independence is often a favored financial goal rather than retirement age.

Financial independence is when you have enough savings or passive income streams to support your desired lifestyle in perpetuity.

Your “FI number” is calculated by estimating your annual spending and multiplying it by 25. Then aim to save that amount in cash and invested assets.

Aiming for the FI number is a specific, measurable, achievable, relevant, and time-bound goal too.

The only concern I have with this goal is if asset growth is mostly a result of market returns, the market can retract, and the goal could become un-achieved. That would suck.

If I retire at age 55, no market tumble can take that away from me!

Net worth is an easy number to calculate, which makes it a good candidate for setting measurable goals. It takes just four steps to calculate net worth.

Or you can cheat and use an automated daily net worth calculator.

Net worth includes the value of your primary home, cars, businesses, and other assets. Using the FI number is a preferred measure because it requires a higher liquid savings target and the money is more accessible for living expenses.

My net worth goal would probably be somewhere around $2 to $2.5 million with a stipulation that it must remain above the goal amount for a year or two before officially declaring victory.

Market corrections have a scary impact on retirement account savings.

I’ve been a student of finance and investing for my entire adult life. This is what I do for fun on Saturday nights.

But perhaps I place too much focus on this one financial goal. Maybe I’m shallow.

Then again, I don’t want money to buy a sweet new sports car with all the money I earn and grow. Freedom is my Tesla.

Instead, I could focus on more noble purposes, like helping others, donating to good causes, and working to make my community and the world a better place.

For now, I remain focused on being able to retire before I turn 56, hoping that I become securely financially independent well before then. At that point, I can either set more meaningful goals, or peacefully enjoy life without the constant nag of trying to achieve something difficult.